Many of the best attractions in Ho Chi Minh (Saigon) centre around the events of 20th century war and conquest. It sounds sombre, and in parts it is, but there are some truly fascinating historical activities suitable for all ages. From classic French architecture to perfectly maintained American war planes, walking around Ho Chi Minh is like seeing the past come to life with so many famous places of interest scattered throughout the city. Of course, as Vietnam’s biggest city and business capital, times are changing and modern skyscrapers are starting to punctuate the sky combining the new and old in a uniquely Vietnamese way. With our guide to the Top 10 Best Attractions in Ho Chi Minh you can get all of the information you need to ensure you don’t miss anything this fascinating city has to offer.

Sai Gon was the old name of Ho Chi Minh City. About 300 years ago, pioneering migrants from northern Vietnam and other regions discovered the land, marking the appearance of civilization in the area.

From a simple farming culture centuries ago in the Mekong Delta to the  “Pearl of the Far East”, there is a lot to tell about this city. In the new millennium, Saigon or Ho Chi Minh City has become the biggest socio – cultural, educational, technological and financial hub  of the country.

Only a hundred kilometres away from the East Sea, its favourable geographical location has made sea transportation, aquatic processing, and oil exploitation the city’s major industries.

On the right is the way to reach Ho Chi Minh City’s securities markets and numerous banks. This is also where international financial institutions make their trading sessions everyday.

Since Reform era in 1986, global investment has been pouring in this metropolitan area. Vietnamese government has also provided favourable conditions for investors all over the world, making it a heaven for business entrepreneurs.

So if you aspire to be a millionaire, this is it. Let’s make every penny count. Market Binh Tay Market, constructed by the French in the 1880s, is located in the centre of Vietnam’s largest Chinatown district. Unlike Ben Thanh Market in District 1, this market mainly serves the local population with its extensive range of fresh fruits, vegetables, poultry, meat and seafood from regions across Vietnam. 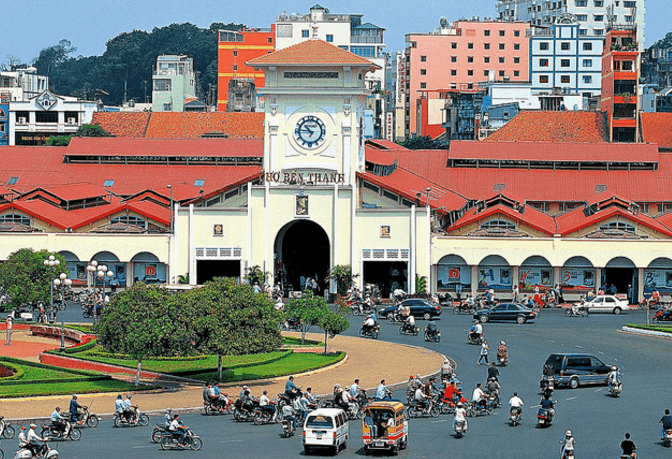 The War Remnants Museum is a sobering and unforgettable museum which details the effects of the 30 year long war between America and Vietnam. There are immaculately preserved tanks, planes and other war machines in the outside grounds, but the really hard-hitting information is found inside. Photographs, exhibits and written documentation show the horrific lengths that the American Army lowered themselves to in order to try and defeat the North Vietnamese Army.

This marvellous tourist attraction lets visitors experience what it must have been like for soldiers who used an extensive network of tunnels to move around undetected by their enemies. There is an informative movie to watch, followed by a guided tour of some mock recreations of daily life for the Viet Cong hiding in the jungle. Burnt out tanks make for a great photo prop and then everyone gets to crawl through a small section of the tunnels which has been widened and supported with concrete. 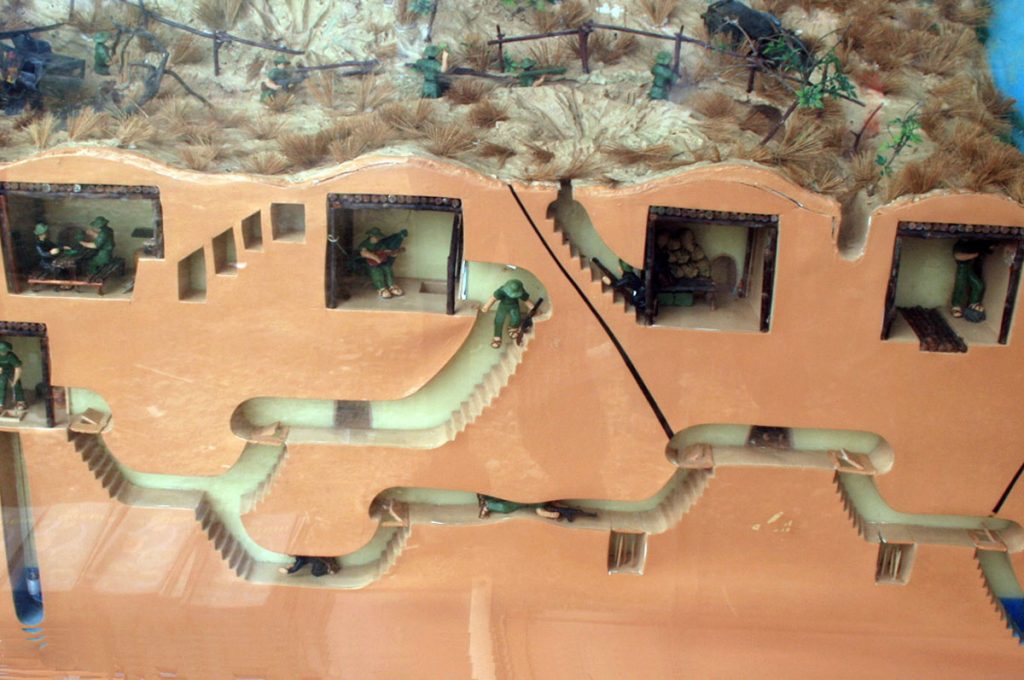 Cao Dai Temple is the centre of the Cao Dai faith, a religion that has taken bits of Buddhism, Christianity, Islam, Taoism and Confucianism. Tourists are welcome to visit the temple and learn more about this faith that is practiced by a few dedicated followers. Each Cao Dai practitioner wears a white robe to enter the temple with an additional sash to signify their previous religion. The temple itself is very bright and colourful with dragons flying up banisters and a cloud mural decorating the ceiling. 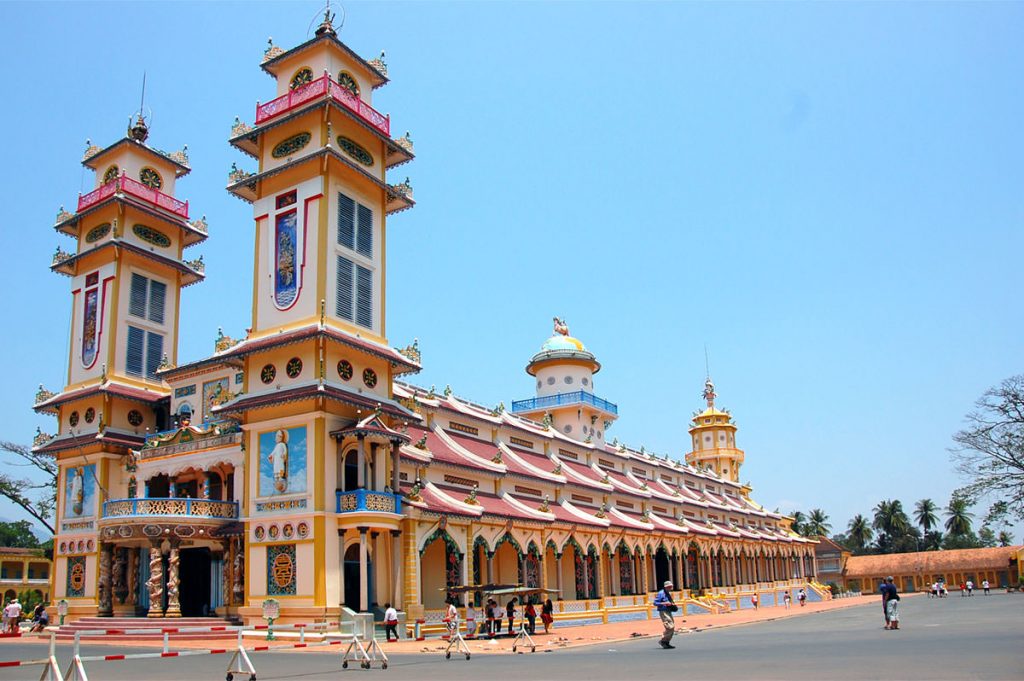 Jade Emperor Pagoda is one of the most revered temples in Ho Chi Minh. Originally built in 1909 by Chinese immigrants this Taoist temple now welcomes Buddhist worshipping and is incredibly atmospheric with incense smoke hanging heavy in the air. Intricate architecture, carvings, statues of Gods and Goddesses and Chinese characters create an exotic and timeless ambiance. 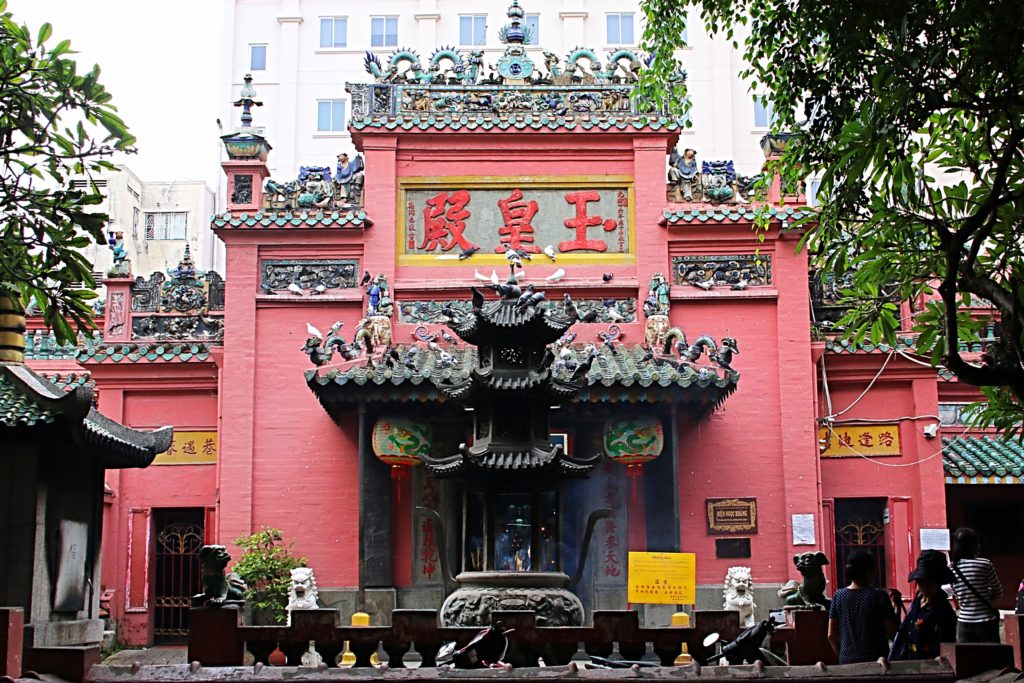 Bitexco Tower is an ultra modern office tower in Ho Chi Minh, with a characteristic oval extension which acts as a helicopter landing pad. Standing at 262 metres tall, this 68 storey building is the highest in all of Vietnam with a sky deck offering 360 degree views of the city and surrounding area as well as a fantastic sky bar called Alto where you can see all of Ho Chi Minh while enjoying a cocktail and some tapas style international dishes. Head up here for sunset and don’t forget your camera!

The centre of the allied command and the place where the North Vietnamese claimed victory in the American War, Reunification Palace has played its part in some incredible scenes. This ageing palace has essentially been frozen in time since a North Vietnamese Army tank smashed through its gates in 1975. Visitors will get to discover secret rooms, grand reception halls and the command bunker where General Ngo Dinh Diem conducted his war strategies. 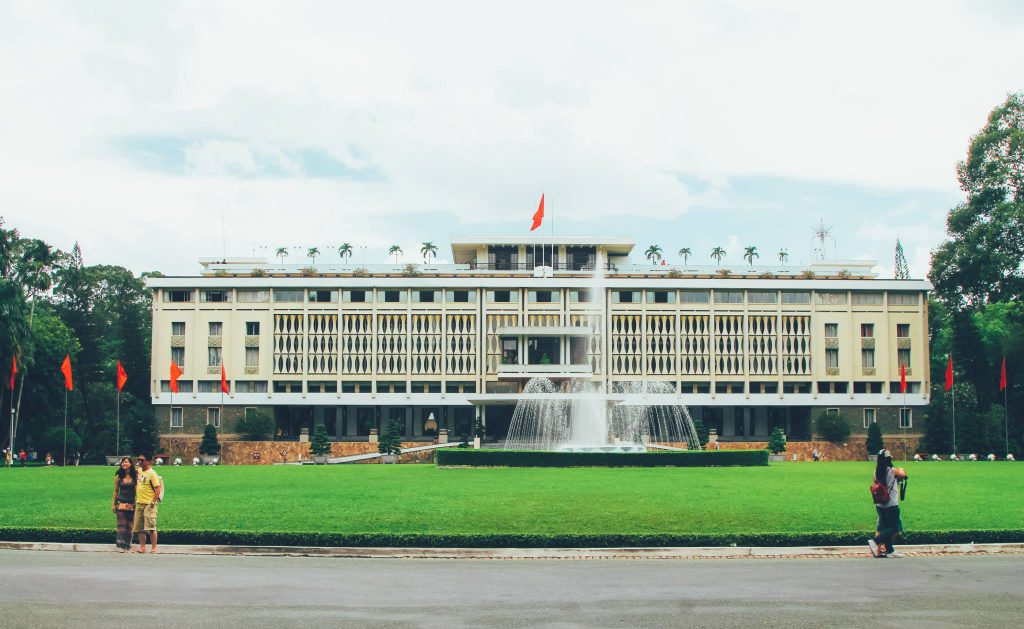 The Central Post Office in Ho Chi Minh is a glorious example of French colonial architecture, perfectly preserved with as much style as when it first opened in 1891. The building still functions as the city’s main post office and sending a letter or postcard home is highly recommended for a taste of living history. Beautiful from any angle, this building was designed by Gustave Eiffel, who also designed the Eiffel Tower in Paris. 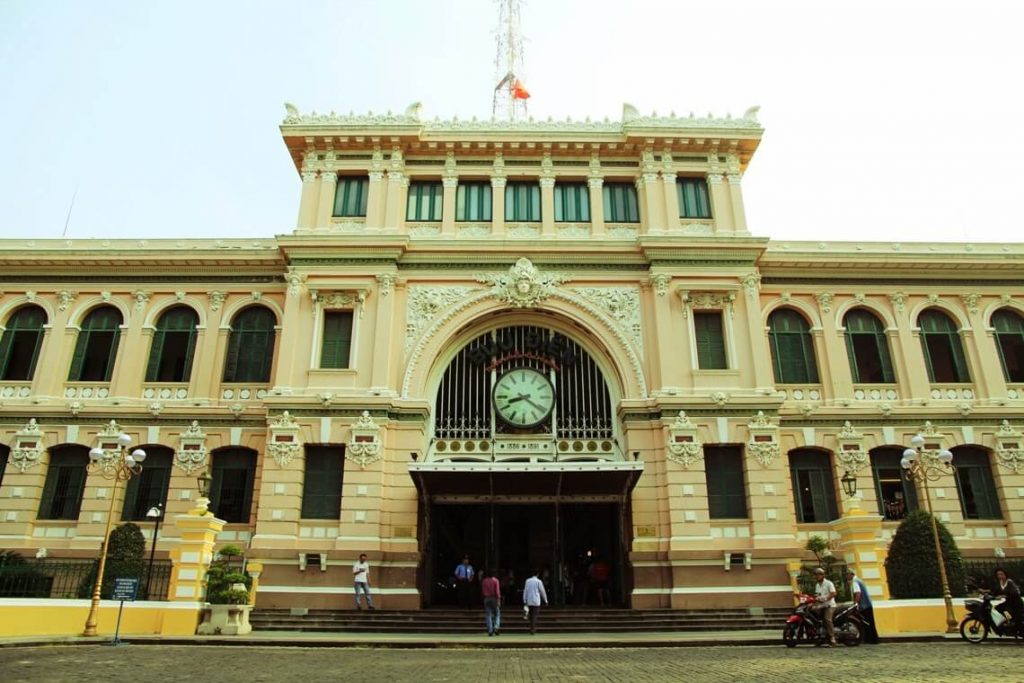 Mariamman Hindu Temple is a beautiful example of the bright and vibrant architecture of Hindu places of worship. As the only active Hindu temple in Ho Chi Minh, it acts as a community base for the small community of Hindus living in the city. Open every day from 07:00 to 19:00, non Hindus are also welcome to visit, just remember to dress conservatively and take off your shoes before entering the inner temple. 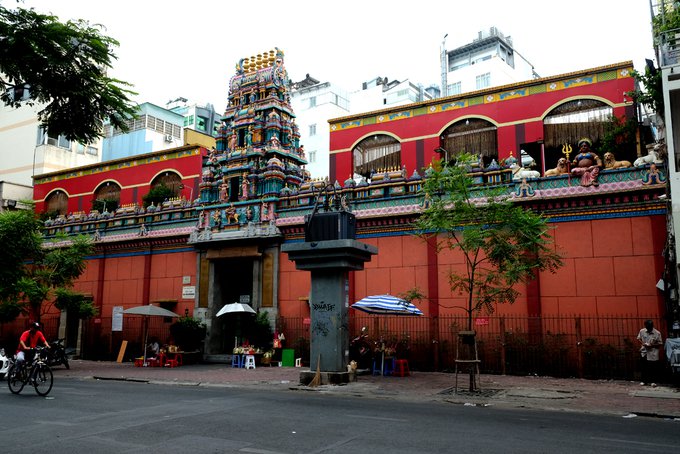 Saigon Notre Dame Cathedral, built in the late 1880s by French colonists, is one of the few remaining strongholds of Catholicism in the largely Buddhist Vietnam. Located in Paris Square, the name Notre Dame was given after the installation of the statue ‘Peaceful Notre Dame’ in 1959. A Virgin Mary statue also stands in front of Saigon Notre Dame Cathedral, which locals claimed to have shed tears in October 2005. While this incident was refuted by the Catholic Church of Vietnam, thousands of visitors still flock to this statue in hopes of witnessing a miracle.

Join HOP ON HOP OFF VN visit to TOP 10 THE BEST PLACE to visit in Ho Chi Minh Chi City.