Independence Palace is a unique architectural work of Architect Ngo Viet Thu. Dinh was built on July 1, 1962 and inaugurated on October 31, 1966.

1.Design of the independence palace. 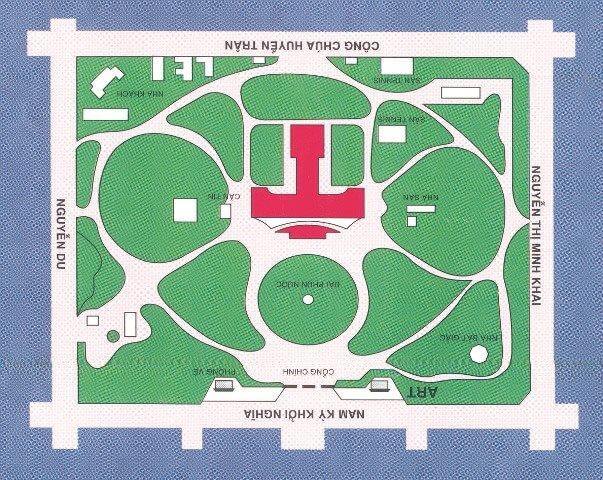 When designing the Independence Palace, architect Ngo Viet Thu wanted to find a cultural meaning for the work, so everything arranged from inside the interior to the external facade, all symbolizing the ancient philosophy.Transmission, oriental ritual and personality of the nation. Architect Ngo Viet Thu harmoniously combines modern architectural art with traditional Orient architecture.

1.1 the history Behind the independence palace.

The entire face of the Palace made into the shape of the letter chữ CÁT (吉) means good, lucky; Dinh’s heart is the room for the presentation of the letter; The upper quarters are the four-tiered chữ KHẨU (口) to promote education and freedom of speech. The shape of the letter chữ KHẨU (口) has the central vertical flagpole forming the middle chữ TRUNG (中) as a reminder to want democracy must be loyal. The dash is made up of a four-storey verandah, an honorarium and a porch entrance to form a TAM (三), according to the concept of democracy, identity writing, writing, martial arts. To be a flourishing country, there must be people who meet the three elements Nhan, Minh, Vo. These three dashes are connected to the longitudinal vertices forming the letter chữ VUONG (王), on which the dots form the dots that form the letter chữ CHỦ (主), which symbolizes the sovereignty of the country. The front of the mansion, the whole of the second and third floor balconies together with the main entrance verandah and two wooden columns under the porch form chữ HUNG (興) wishes the country prosper forever.

2. View Structure of the independence  palace

The architectural beauty of the Palace is also shown by the stone curtain shaped like the elegant structure around the 2nd floor. Curtain of stone is transformed from the door of the palace of Hue Imperial Palace, not only It enhances the beauty of the Palace but also has the effect of taking sunlight.Go inside the Palace, all the lines of architecture are using the straight line, the hallway, the hall, the rooms are the main lines of the original.The front yard of the Palace is an oval grass carpet with a diameter of 102m. The green of the lawn creates a pleasant, refreshing feeling for guests as they walk through the gate. 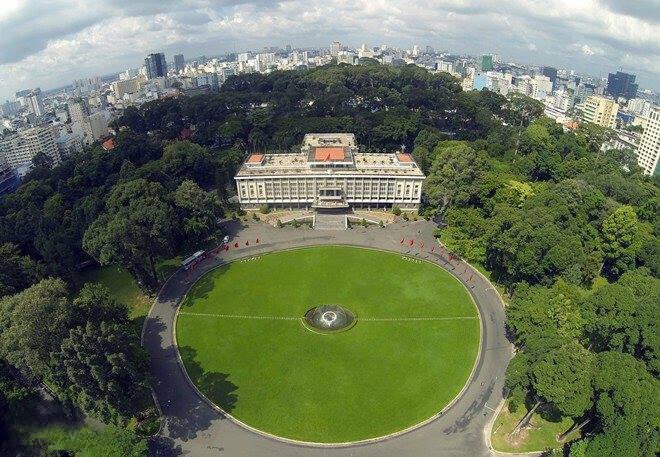 Running along the width of the hall is a semi-circular lake. In the lake drop lotus flowers and paintings evoke pictures of peaceful ponds in the communal house, ancient temple of Vietnam.

The palace has an area of ​​120,000m² (300m x 400m), is limited by four main roads that are:
Nam Ky Khoi Nghia Street in the North East (the main face of the Palace)
Huyen Tran Street in the South West (the back of the Palace)
Nguyen Thi Minh Khai street in the North West (on the left of the Palace)
Nguyen Du street in the South (right side of the Palace) The T-shaped main house area is 4.500m², 26m high, located in the center of the land. This was the former residence and work of the President of the Republic of Vietnam. This area has 03 floors, 02 mezzanines, 01 terrace, 01 floor and basement.
The total area used is 20.000m² divided into 95 rooms. Each room has its own function, architecture and decor to suit the purpose of each room. After 1975, this main building continued to be used for some rooms, left to serve visitors.

In addition to the above buildings, on the left corner of Nguyen Thi Minh Khai Street, there is an octagonal house of 4 meters in diameter, built on a high mound, surrounded by no walls, Relax. 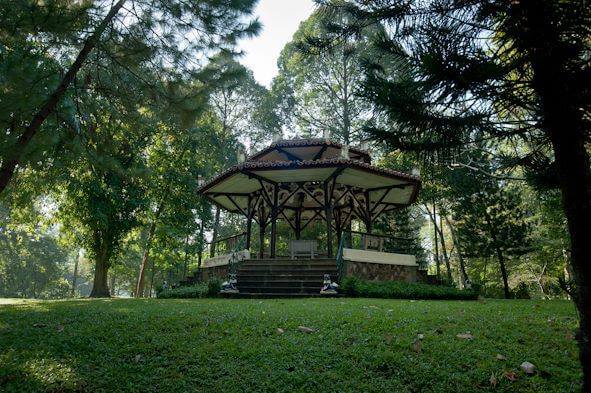