Things to do in Saigon: Saigon street foods

Top 10 things to do in Saigon

What to do in Saigon? It is absolutely big question. There are some truly fascinating historical activities suitable for all ages. From classic French architecture to perfectly maintained American war planes, walking around Ho Chi Minh city is like seeing the past come to life with so many famous places of interest scattered throughout the city. Of course, as Vietnam’s biggest city and business capital, times are changing and modern skyscrapers are starting to punctuate the sky combining the new and old in a uniquely Vietnamese way. With our guide to the Top 10 Best Attractions in Saigon you can get all of the information you need to ensure you don’t miss anything this fascinating city has to offer. Ben thanh market Ben Thanh Market is situated in District 1 in the heart of Ho Chi Minh City at the intersection of Le Loi, Ham Ngh, Tan Hung and Le Lai streets. Shops close late afternoon with shopping best done in the morning before the heat of the day hits. The market is one of Ho Chi Minh’s most famous landmarks and is known by all taxi drivers, although if you are staying downtown check first to see if you can walk to it from your hotel as it’s very centrally located. Opening Hours: Daily 6:00 –24:00 Address: Le Loi, Ben Thanh, Quan 1, Ho Chi Minh, Vietnam Skydesk Panoramic view of the city? Look no further than Saigon Sky Deck on the 49th floor of the Iconic Bitexco Financial Tower and Chill Sky Bar on 27th floor Rooftop of AB Tower at a fee of VND200,000 per adult and VND130,000 per child (4 - 12 years old), you will get a pass to Saigon Sky Deck, located on the 49th floor and enjoy the superb view of Saigon below. There are telescopes

What to do in Saigon? It is absolutely big question. There are some truly fascinating historical activities suitable for all ages. From classic French architecture to perfectly maintained American war planes, walking around Ho Chi

Independence Palace is a unique architectural work of Architect Ngo Viet Thu. Dinh was built on July 1, 1962 and inaugurated on October 31, 1966. 1.Design of the independence palace. fig: map area of the independence palace. When designing the Independence Palace, architect Ngo Viet Thu wanted to find a cultural meaning for the work, so everything arranged from inside the interior to the external facade, all symbolizing the ancient philosophy.Transmission, oriental ritual and personality of the nation. Architect Ngo Viet Thu harmoniously combines modern architectural art with traditional Orient architecture. 1.1 the history Behind the independence palace. The entire face of the Palace made into the shape of the letter chữ CÁT (吉) means good, lucky; Dinh's heart is the room for the presentation of the letter; The upper quarters are the four-tiered chữ KHẨU (口) to promote education and freedom of speech. The shape of the letter chữ KHẨU (口) has the central vertical flagpole forming the middle chữ TRUNG (中) as a reminder to want democracy must be loyal. The dash is made up of a four-storey verandah, an honorarium and a porch entrance to form a TAM (三), according to the concept of democracy, identity writing, writing, martial arts. To be a flourishing country, there must be people who meet the three elements Nhan, Minh, Vo. These three dashes are connected to the longitudinal vertices forming the letter chữ VUONG (王), on which the dots form the dots that form the letter chữ CHỦ (主), which symbolizes the sovereignty of the country. The front of the mansion, the whole of the second and third floor balconies together with the main entrance verandah and two wooden columns under the porch form chữ HUNG (興) wishes the country prosper forever.   2. View Structure of the independence  palace  The architectural beauty

Independence Palace is a unique architectural work of Architect Ngo Viet Thu. Dinh was built on July 1, 1962 and inaugurated on October 31, 1966. 1.Design of the independence palace. fig: map area of the

Ho Chi Minh City was officially named in July 1976 when the National Assembly of the Socialist Republic of Vietnam changed its name from Saigon. The name Saigon is still referred to as the official name of the city. 1.BEN THANH MARKET. Ben Thanh market is a must-see for anyone who has arrived in this city. The market with the 4-side clock tower has become the symbol of the biggest city in Southern Vietnam.Ben Thành market first existed in the history to facilitate transportation and business activities. Ben Thanh market is located at the exact center of the center of Ho Chi Minh city. Not until 1983 it was the railway station which is destroyed and moved to its current location in Hoà Hưng, District 3. Part of the station was converted into a park now.The original wooden-made market was built in 1860. At that time it is located near the wharf of Saigon River and surrounded by the old “trigrams” (or Bagua) Citadel. The name “Bến Thành” (which literally means Citadel’s port) has been taken granted for more than 150 years.   Decades gone by, the market suffered bad conditions and nearly shut it down. In 1911, French colonial power in Saigon moved it to where we’re standing now and built a new one.Today, Ben Thanh market is considered as a historical monument, as it bears the unique traits of the hundred-years-old market without feeling irrelevant or looking out of place in the busy city life. Going through many ups and downs, it is still here to witness the development of the biggest hub in Vietnam and show how wonderful is Vietnamese culture. Not far from the market is a famous restaurant, Pho 2000 Saigon. This is where  the former President of the United States of America Bill Clinton and his

Ho Chi Minh City was officially named in July 1976 when the National Assembly of the Socialist Republic of Vietnam changed its name from Saigon. The name Saigon is still referred to as the 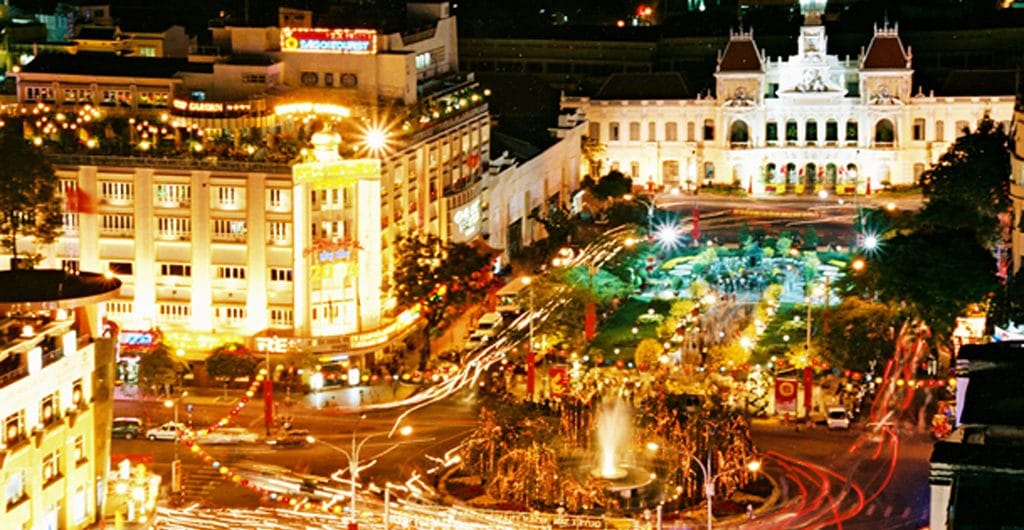 Sorry, this entry is only available in Vietnamese.

Sorry, this entry is only available in Vietnamese. 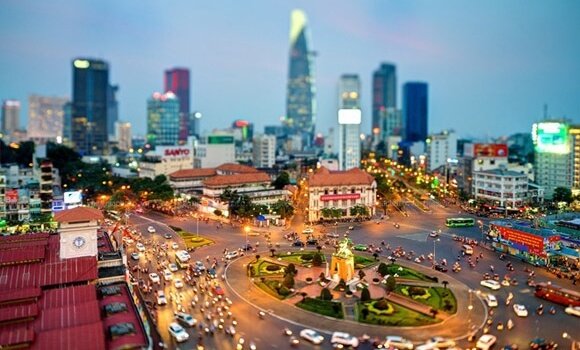 Hopon-hopoff Televion Networks. 1. Hop on hop off tour services on 60s HTV channel. 60's HTV is a famous television network channel which is catered throughout the country. The channel has a schedule for every program ranging from entertainment to daily news segments. As a result people are quite aware of Hopon-hopoff bus tour. Hopon- hopoff tour services is one of the most convenient touring services in ho chi minh city Vietnam it also provides services in other parts of the country besides ho chi minh city like hanoi , nha trang, da nang etc.   2. Hop on hop off city tour Ho Chi Minh on VTV consumer finance channel. Hop on hop off city tour Ho Chi Minh is also televised in Consumer Finance VTV which is also a famous channel in the city. As a result it lets other people know about the trends and how they consume them. The channel brings awareness about the consumer rights with lots of information regarding the products they consume everyday. Hence they know which give the best products understanding their rights. The people in the city are very conscious about their consumption and value the information given from channels like this one. hence we are very careful about the services we provide for the people.     Hopon-hopoff tour service give the most excellent experience to all the tourist hence our popularity in the city and the country. To know more about the tour services you can go to the links https://hopon-hopoff.vn/tours  the tourist all the information through our audio guide giving them the detail required for the tour in the language of their preference. we exist because they exist.

Hopon-hopoff Televion Networks. 1. Hop on hop off tour services on 60s HTV channel. 60’s HTV is a famous television network channel which is catered throughout the country. The channel has a schedule for every

Maybe you don’t know? Street name in Saigon before 1975 are very well, so there is significant. People go from the gateway to the center of Saigon, if you notice, you will see  a long civilization history of 4,000 years of Vietnamese on every step. Starting from Western Coach Station will have Hong Bang, An Duong Vuong, Trieu Da ...Ba Trieu ... then there is Ly Nam De, Trieu Quang Phuc ... Next to the Mai Hac De, Phung Hung and Ngo Quyen, Dinh Bo Linh ... Ly Chieu Hoang. Tran Dynasty is Tran Nhan Tong, Tran Hung Dao and the generals as Pham Ngu Lao, Tran Khanh Du ... The river landing include Van Kiep, Ham Tu ... The largest harbor is named Bach Dang... And closer central, it’s proximity current as Le Loi, Le Lai, Nguyen Trai ... and then Nguyen Dynasty, it’s closer center like Nguyen Hoang, Minh Mang, Tu Duc and the generals as Vo Tanh, Le Van Duyet... Slight across north central area (the District 3) we have Tay Son Dynasty and we have writers, poetS, scholarS: Ba Huyen Thanh Quan, Ho Xuan Huong ... with the Tay Son generals: Bui Thi Xuan, Tran Quang Dieu ... To say that a person go from the coach station to the center if learn by heart Vietnam History and attent the name of the road, you will imagine easily in the City area where you are stand. And especially after 4000 years of history flows, they all focus on an avenue named Thong Nhut, nice and wide with vast plaza that leads straight into the highest power agency of that time (before 1975) INDEPENDENCE PALACE. Less than one-way road, ran across the court and main entrance of Palace named Justice (Justice could not two- way street!). Two

Maybe you don’t know? Street name in Saigon before 1975 are very well, so there is significant. People go from the gateway to the center of Saigon, if you notice, you will see  a long